Manage Customer Identities Across Your CRM, CDP and Other Marketing Platforms and Touch Points

Inbound Insight offers Identity Resolution solutions based on Consumer ID and Household ID from multiple sources.  These IDs may be included in existing data packages such as Demographics or Interests and Behaviors.  They are also available a la carte. 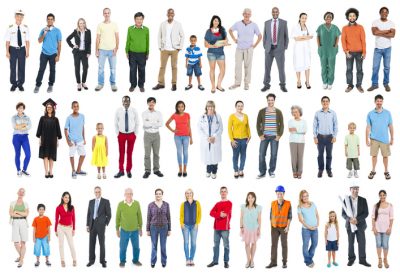 Our client wanted to accurately assess multi-channel campaign performance.  They had personally identifiable information (PII) form their initial prospect list and on prospects who set up an appointment and ultimately purchased.

Initially they tried to match prospects to customers using string matching based on a combination of first letters of first name, full last name, partial street address and ZIP Code.  But this method missed many potential matches and did not account for purchases by others in the household.

By appending Consumer and Household IDs they were able to boost individual match rates by 20% and further determine that another 25% of conversions were from another person in the household.  What initially looked like a borderline campaign performance turned out to have a very good Cost per Acquisition (CPA) and ROI.

For more information about Identity Resolution and Consumer ID Solutions download our brochure. 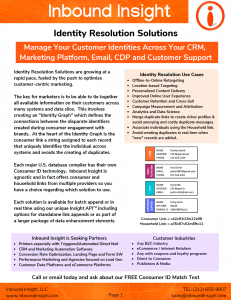